River Embankments are passive defence works, consisting of earthen structures built along the edges of a stream or river channel to prevent flooding of the adjacent land. In recent years, the risk assessment of river embankments has received great attention as consequence of the considerable socio-economic damages caused by flooding.

The economic impact of climate-related events varies considerably across countries.

Nevertheless, investments in earth retaining structures are relatively limited compared to other hydraulic engineering works, such as water regulation and canalization. In many countries, minor embankments are not even subjected to any formal legislation or published technical guidelines and this has a severe impact on the performance of levees and safety of territories.

WHERE & WHY Are Embankments Used?

During the rainy season, when the river water overflows and floods occur, which causes loss of life and property. Hence, an artificial ridge of soil or rocks called embankment is constructed by the side of the river in order to prevent the river from flooding during times of high water.

The design of embankments and their individual components depends on many factors, including functionality under different hydraulic loadings, feasibility, but also environmental constraint and availability of the materials. Numerous cross-sectional variations exist, each with the primary objective of reducing flood risk within the surrounding area. The simplest type of section is the homogeneous earth fill, composed of granular and cohesive soil, obtained from site excavation or borrow sources, though riverbank may also present an impermeable core (zoned embankment) or be composite with superstructures, waterside or landside berm and internal structures.

Embankment failure, defined as the inability to prevent the inundation of the area surrounding a watercourse, may occur due to various hydraulic and structural causes, such as overtopping, seepage flow through foundation layer, internal and external erosion, slopes instability, scour and liquefaction. An increasing number of studies have recognized changes in pore water pressures within a riverbank as a fundamental factor in determining conditions of instability and in the triggering of bank failures.

The traditional method of preventing flooding has long been to construct embankments adjacent to the river. If well-constructed, riverside embankments can be relatively effective in stopping water spilling over onto adjacent land, but in so doing, the natural floodplain is isolated from the river, flood storage capacity for the catchment is reduced, and valuable wildlife habitat is lost. More often than not, embankments are crudely made from spoil excavated from the river and its banks. Such spoil is often unstable and washed away at the first major flood. Any break in the embankments can lead to severe flash floods. Embankments immediately adjacent to watercourses should therefore be avoided if at all possible.

Embankments set back from the watercourse are far more efficient in reducing risk of flood damage. They allow the development of a semi-natural floodplain, which can be used for grazing or forage conservation, and which has the potential to be extremely valuable in environmental terms.

Use of GABION for Embankment over conventional way??

Flexibility:- Gabion structures are easy to construct and install. Gabion do not require very skilled manpower, large mechanized construction equipment, or complected technical ways. The structure can be made on site. Gabion with low carbon steel mesh wire have a high level of capabilities to bear unexpected and localized stress.

A gabion structure tolerates differential settlement and prevents loss of #structural efficiency. However, in case of a simple mistake such as small lacing, unsuitable stones, or a defective geotextile filter, the structure may fail. Gabion structures are not only a rural solution, they are also widely used in modern building and wall-retaining structures. The gabion structure is fast to construct and can be used immediately in both wet and dry conditions. The gabions does not have any hydrostatic pressure problems and have free draining.

Stability:- The critical shear stress and the critical velocity calculations are the two common methods used to determine the stability of gabion structures. Additional drainage is not required to release the #hydrostatic pressure because the stones that fill the gabion box release water through the structure and, thus, maintain the stability of soil.

The interlocking configuration should be used as an alternative to the conventional stack and-pair system. A #hexagonally shaped gabion shows better strength capabilities then the traditional rectangular shaped gabion. #Zinc-coated steel wire mesh filled with stones can resist much more sorts of stress, especially tension and shear, and provide a board reinforcement throughout to structure.

Durability:- Generally, a gabion has a long period of use, the durability is subject to the environment conditions like Temperate zone, atmospheric environment with high pollution or substantial effect of chlorides, e.g. polluted urban areas, industrial areas, coastal areas, without spray of salt water, exposure to strong effect of de-icing salts, e.g. subtropical and tropical zone, atmosphere with medium pollution industrial areas, coastal areas, shelter positions at coastline & others.

For Embankment mostly #PVC(Polyvinyl Chloride) coated #Gabions are used with working life of the product being >100yrs as per IS.

There are design constraints and important design criteria that should be considered when designing and installing #gabions. Rivers are dynamic units in which the #hydraulic and #channel boundaries are regularly changing and vary with time. The design of a river bank protection cross section should consider the dynamic #environment in which the designed works are constructed.

As embankment fill is placed, it is imperative to ensure that

(i) the correct materials are being placed and

(ii) the fill is being constructed at the correct water content and density.

Samples of fill material are taken at regular intervals in order to run particle size analysis and water content tests on the fill. To assess the density of the fill, various destructive and non-destructive tests can be conducted. A common non-destructive test used for measuring #soil density is the nuclear density gage. The nuclear density gage must be calibrated for each and every site, but is convenient as it provides good estimates of both the soil density and water content.

Maintenance of Embankment is Imperative??

It is important & As per the #Flood Management Rules- Regular, round the year inspection of embankments, need to be carried out and identification of vulnerable sites having cracks, erosion or holes should be identified. Based on this, expeditious action is to be taken on a war footing. During the flood season, the officials shall undertake intensive patrolling, especially of the vulnerable sites for the protection of embankments. Maintenance work should be carried out ensure no breaching of #river #embankments during the monsoon season.

For coastal and river management projects, we’ve increased our solution range. We may now choose from a logically graded set of interventions to tailor the solution to our clients’ needs. 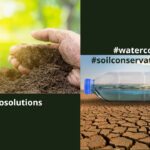 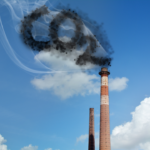